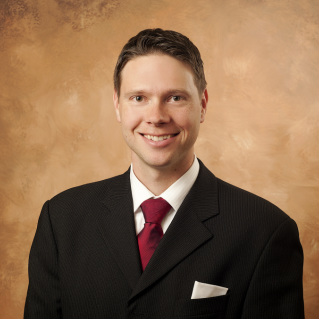 Dr. Clint J. Grover, Chiropractic Physician, graduated from Palmer Chiropractic College in  2010. Dr. Grover has studied upper cervical chiropractic throughout his doctorate training and is excited to offer life giving care with NUCCA. He also completed his CCEP, which is a Certified Chiropractic Extremity Practitioner.  His brother, Dr. Loren Grover, is a NUCCA practitioner in Salt Lake City, Utah and has inspired him from the beginning of his career.  He is licensed in Utah as Chiropractic Physician and is a primary care provider.  He is board certified through NBCE, the National Board of Chiropractic Examiners.

As an avid athlete, Dr. Grover enjoys running and cycling. He uses both the Chi Running and Pose Method of running, which is "barefoot" style. It puts less shock on your system and less wear and tear on the joints to prevent injury. One of the craziest things he has done besides the running in the Marine Corps Marathon in Washington DC, was LOTOJA, a 206 mile bike race over 3 mountain ranges ending in Jackson Hole, Wyoming. He loves working with athletes and performing artists.  He and his wife currently play in a local folk rock band, the Flat Canyon Band as well as the Salt Lake Symphony.

Dr. Grover completed his undergraduate degree in Music, playing the String Bass, at Utah State University in Logan, Utah, where he grew up. He has recently played in groups in Iowa and Illinois, the Clinton Symphony Orchestra, Nauvoo Orchestra, Quad City Music Guild as an assistant conductor, and the St. Ambrose University Community Orchestra, where he originally met his wonderful wife, Alissa. She is a French horn player. They were married in 2008 and live in Bountiful, Utah. "Dr. Ali" is also a chiropractor and is currently on staff at the Animal Care Clinic in West Bountiful, Utah as an animal chiropractor.  She also travels to barns to care for larger animal patients like horses.

Dr. Grover feels very strongly that everyone should be able to have  their spine checked, and that the nervous system needs the proper care for it to be able to take care of you. "The power that made the body, heals the body!"